This webpage contains evidence for Christ, and as you will soon see, there is more than enough evidence to not only prove Christ’s existence on this earth, but also proof of the crucifixion and the resurrection.  This evidence will come from non-biblical sources to compliment what we will learn from the Bible. 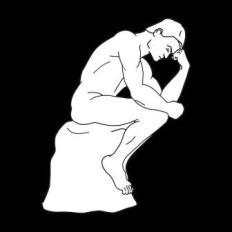 God created man with the ability to think, to acquire knowledge and to discern truth.  God wants us to use our minds.…The evidence confirming the deity of the Lord Jesus Christ is overwhelmingly conclusive to any honest, objective seeker after truth.  However, not all, not even the majority, of those to whom I have spoken have accepted Him as their Savior and Lord.  This is not because they were unable to believe, they were simply unwilling to believe![1]

Notice the below conversation between two lawyers, one was an Agnostic and the other one was a Christian:

About a hundred years ago, two lawyers were crossing the state of Kansas by train....As the miles went by, the skeptic seemed to be winning the arguments....The skeptic pressed his advantage: "Lew, why aren't you a Buddhist, or a Moslem, or a follower of Confucius?  Aren't all religions good and equal?  Aren't you a Christian simply because of a geographical accident—because you were born in a Christian country?[2]

The questions raised that day by skeptic Robert Ingersoll must be answered.  They won't disappear simply by ignoring them.  Nor can we hide our heads in the sand and pretend they do not exist.  They demand intelligent, sensible answers.  Thousands of young people today see little difference between Christianity and Eastern religions.  They see little distinction between Jesus Christ, Buddha, and Confucius.  Many searching minds have turned to the Koran or the Bhagavad-Gita for their answers.[2]

A simple review of the documentation presented here at this site will answer these questions.

One final word of.…counsel: one should not assume that the average person has intellectual doubts about the deity of Jesus Christ.  The majority in most countries do not need to be convinced of His deity, nor of their need of Him as Savior.  Rather, they need to be told how to receive Him as Savor and follow Him as Lord.[3]

If this is you, then I want to invite you to read the webpage “The Romans road to Salvation.”  It has a string of bible verses which explains the good news of salvation.  At the end of the page, there is a short prayer that can be recited through faith.  Saying this prayer is a way to declare to God that you are relying on Jesus Christ for your salvation.  Click on the link below:

The next part of this process is to follow Him as the Lord of your life; this will require some of your time.  You will need to apply effort at carving out time of your schedule to spend with the Lord.  If you do not apply this effort, your time will be taken away from you by being spent on the cares of this life.

See the example sheet below of how I spend time with the Lord.  Use it as a guide to get started with seeking communion with Him, and follow how the Lord guides you.  (Click on the PDF file below)

Now we will continue with our search for the answers to all of your questions!! 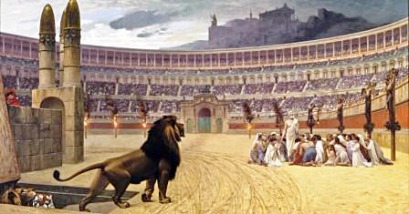 Let's go back about nineteen hundred years to a Roman arena.  Ten thousand people are on their feet cheering as christians are  thrown to the lions.  The church was not welcome in the Roman world.  Stories of christians burned at the stake or thrown to the lions are familiar to us today.  These chose to die rather than  renounce their faith in Christ.  They believed that if they were  loyal to Him, eternal life awaited them.  Such was the faith of the martyrs.  But why did they place such death-defying confidence in this particular Man?[5]

This will be the primary focus of our search in finding real answers to our deepest needs.

Writing of the reign of Nero, Tacitus alludes to the death of Christ and to the existence of Christians at Rome.

Not all the bounties that the prince could bestow, nor all the atonements which could be presented to the gods, availed   to relieve Nero from the infamy of being believed to have ordered.…the fire of Rome.  Hence to suppress the rumor, he

falsely charged with the guilt, and punished with the most exquisite tortures, the persons commonly called Christians,   who were hated for their enormities.  Christus, the founder of the name, was put to death by Pontius Pilate, procurator   of Judea in the reign of Tiberius.…[6]

Luke 3  (v. 1) Now in the fifteenth year of the reign of Tiberius Caesar, Pontius Pilate being governor of Judea, Herod being tetrarch of Galilee.… (v. 21) Now when all the people were baptized, it came to pass that Jesus also was baptized.…  (This bible verse shows the connection of these men living at the same time and place in history.) 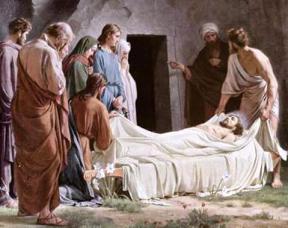 Now there was about this time Jesus, a wise man, if it be lawful to call him a man, for he was a doer of wonderful works.…He drew over to him both many of the Jews, and many of the Gentiles.  He was the Christ, and when Pilate, at the suggestion of the principal men among us, had condemned him to the cross, those that loved him at the first did not forsake him; for he appeared to them alive again the third day; as the divine prophets had foretold.…And the tribe of Christians so named from him are not extinct at this day.[7] 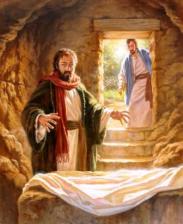 At this time there was a wise man who was called Jesus.  And his conduct was good, and (He) was known to be virtuous.  And many people from among the Jews and the other nations became his disciples.  Pilate condemned Him to be crucified and to die.  And those who had become his disciples did not abandon his discipleship.  They reported that He had appeared to them three days after his crucifixion and that He was alive; accordingly, He was perhaps the Messiah concerning whom the prophets have recounted wonders.[8] 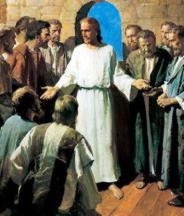 Many historians approach history with certain presuppositions and these presuppositions are not historical biases but rather philosophical prejudices....The average "modern" historian rules out any reference to the supernatural as being unhistorical, or....as [a] "myth."  ....The "modern" researcher, when presented with the historical evidence for the resurrection, will usually reject it, but not because of historical examination....All too often it is the offshoot of philosophical speculation and not historical homework.[9]

But can the modern man accept a "miracle" such as the resurrection?  The answer is a surprising one....Since Einstein, no modern [person] has had the right to rule out the possibility of events because of prior knowledge of "natural law."  The only way we can know whether an event can occur is to see whether in fact it has occurred.  The problem of "miracles" then, must be solved in the realm of historical investigation, not in the realm of philosophical speculation.[10]

On the next webpage, we will look further into the historical accounts of Christ's resurrection!!

8. Book of History Guided by All the Virtues of Wisdom. Crowned with Various Philosophies and Blessed by the Truth of Knowledge.

Image #4: Kimsm07, (2016). Peter and John at the empty tomb of Jesus. Retrieved from https://tillchrist.wordpress.com/2016/03/26/paschal-triduum-easter-sunday-of-the-lords-resurrection-c-faith-celebrated/