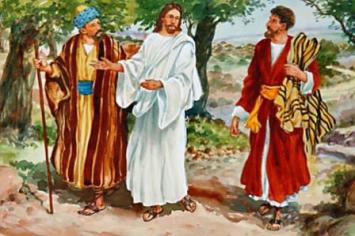 The apostles throughout the New Testament appealed to two areas of the life of Jesus of Nazareth to establish His Messiahship.  One was the resurrection and the other was fulfilled messianic prophecy.[1]

Luke 24  (v. 27) And beginning at Moses and all the Prophets, He expounded to them in all the Scriptures the things concerning Himself. (v. 44) Then He said to them, “These are the words which I spoke to you while I was still with you, that all things must be fulfilled which were written in the Law of Moses and the Prophets and the Psalms concerning Me.” (v. 46) “….Thus it is written, and thus it was necessary for the Christ  to suffer and to rise from the dead the third day….”

Let us now see for ourselves as we look at many of the prophecies that were fulfilled!

In Matthew 2, the scribes tell Herod with great assurance that the Christ would be born in Bethlehem.

Matt 2  (v. 4) And when he had gathered all the chief priests and scribes of the people together, he inquired of them where the Christ was to be born. (v. 5) So they said to him, “In Bethlehem of Judea, for thus it is written by the prophet: (v. 6) But you, Bethlehem, in the land of Judah, are not the least among the rulers of Judah; For out of you shall come a Ruler Who will shepherd My people Israel.

It was well known among the Jews that the Christ would come from Bethlehem (see John 7:42). It is only fitting that Bethlehem, meaning the house of bread, should be the birthplace of the one who is the Bread of Life.[2]

John 7  (v. 41) ….but some said, “Will the Christ come out of Galilee?” (v. 42) “Has not the Scripture said that the Christ comes from the seed of David and from the town of Bethlehem, where David was?”

Jewish source: “Targum Isaiah” on Isaiah 7:14 says, “Therefore the Lord himself shall give you a sign; Behold a damsel is with child, and shall bear a son, and shall call His name Immanuel.[3]

Jewish source: The Jewish scholar “Maimonides,” in a letter to the community of Yemen, denounces a purporter of the Messiahship by writing: “The Messiah will be a very great Prophet, greater than all the Prophets…. The Creator, blessed be He, will single him out with features wherewith He had not singled out Moses….”[4]

(1) He was delivered from a violent death in His infancy.

Exod 1  (v. 22) So Pharaoh commanded all his people, saying: “Every son who is born you shall cast into the river….” (v. 2) So the woman conceived and bore a son…. (v. 3) But when she could no longer hide him, she took an ark of bulrushes….daubed it with asphalt and pitch, put the child in it, and laid it in the reeds by the river’s bank.

Matt 2  (v. 1) Now after Jesus was born in Bethlehem of Judea in the days of Herod the king…. (v. 16) Then Herod….was exceedingly angry; and he sent forth and put to death all the male children who were in Bethlehem and in all its districts, from two years old and under, according to the time which he had determined from the wise men.

Exod 3  (v. 10) “Come now therefore, and I will send you to Pharaoh that you may bring My people, the children of Israel, out of Egypt.”

Kligerman says, “The use of the term ‘prophet’ by the Jews of Jesus day shows not only that they expected the Messiah to be a prophet in accordance with the promise in Deuteronomy 18, but also that He who performed these miracles was indeed the Promised Prophet.”[5]

Luke 7  (v. 16) Then fear came upon all, and they glorified God, saying: “A great prophet has risen up among us;” and “God has visited His people.”

In the next few prophecies we find that in both prophecy & fulfillment the following: