The Encyclopedia Americana records: “The history of crucifixion as a mode of punishment for crime must be studied as a part of the Roman system of jurisprudence.…The Hebrews, for example, adopted or accepted it only under Roman compulsion: under their own system, before Palestine became Roman territory, they inflicted the death penalty by stoning.”[1]

Thus, the type of death pictured in Isaiah 53 and Psalms 22 did not come into practice under the Jewish system until hundreds of years after the account was written.[2]

The Old Testament statement in Psalms almost seems to be contradictory until we look at the account at the scene of the cross.  The garments were parted among the soldiers, but the vesture was awarded to one by the casting of lots.[3]

A.R. Fausset writes: “His bitter sufferings might have been expected to soften even His enemies, who had caused those sufferings; but instead of cordials, they gave Him gall and vinegar.  Twice vinegar was offered to the Saviour on the cross─first vinegar mixed with gall (Matt 27:34), and myrrh (Mark 15:23); but when He had tasted it, He would not drink it; for He would not meet His sufferings in a state of stupefaction, which is the effect of myrrh.  As given to criminals, it was a kindness; as given to the righteous Sin-bearer, it was an insult.  Next, in order to fulfil this Scripture, He cried “I thirst,” and vinegar was given Him to drink.”[4]

Matt 27  (v. 33) And when they had come to a place called Golgotha, that is to say, Place of a Skull, (v. 34) they gave Him sour wine mingled with gall to drink. But when He had tasted it, He would not drink.

Mark 15  (v. 22) And they brought Him to the place Golgotha, which is translated, Place of a Skull. (v. 23) Then they gave Him wine mingled with myrrh to drink, but He did not take it.

“The expressive repetition twice (v. 1) of the cry, “My God,” implies that the Sufferer clung firmly to this truth, that God was still His God, in spite of all appearances to the contrary.  This was His antidote to despair, and the pledge that God would yet interpose as His Deliverer.”[5]

Now some critics insist that fulfilled prophecies were just a coincidence! 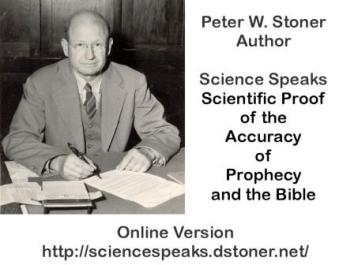 Image #1
.…if you can find someone, other than Jesus, either living or dead,   who can fulfill only half of the predictions concerning [the] Messiah
.…the Christian Victory Publishing Company of Denver is ready to   give you a $1,000 reward.[6]

Now these prophecies were either given by inspiration of God or the prophets just wrote them as they thought they should be.  In such a case the prophets had just one chance in 1017 of having them come true in any man, but they all came true in Christ.[8]

In reviewing the perspective of “Modern Statistical Probabilities,” one can come to the conclusion that:  All the prophecies fulfilled, confirm that Jesus was the Messiah, the Christ, and the Son of God!!

Now that we have presented the evidence for Christ in this section of the website, there can be no mistake that Jesus was who He claimed to be.  For those wanting to get to know Him more, by reading about the story of His life, can order a free copy of the book: The Desire of Ages, by clicking on this link.

Messianic Prophecies Continued
The Reliability of the Bible

Image #1: The Wisdom of Fools, (n.d.). Scientific proof of the Accuracy of Prophecy and the Bible. Retrieved from http://www.earstohear.net/kingdom/fool.html