The Truth about Hell-Fire (Part 1)

To get right to the point, you must know that the Bible teaches a complete destruction of the lost, rather than a continuous "over-and-over" suffering.
Note the verse:

Matt 10  (v. 28) And do not fear those who kill the body but cannot kill the soul. But rather fear Him who is able to destroy both soul and body in hell.

Many ministers today, also preach that the "soul" is immortal.  But there is no verse that actually says that.  In fact, the bible teaches that only God is immortal.

I  Tim 6  (v. 15) ....He who is the blessed and only Potentate, the King of kings and Lord of lords, (v. 16) who alone has immortality, dwelling in unapproachable light, whom no man has seen or can see, to whom be honor and everlasting power.

….Satan bade his angels make a special effort to inculcate the belief in man’s natural immortality; and having induced the people to receive this error, they were to lead them on to conclude that the sinner would live in eternal misery.[1]

Now the prince of darkness, working through his agents, represents God as a revengeful tyrant, declaring that He plunges into hell all those who do not please Him, and causes them ever to feel His wrath; and that while they suffer unutterable anguish and writhe in the eternal flames, their Creator looks down upon them with satisfaction.[1] 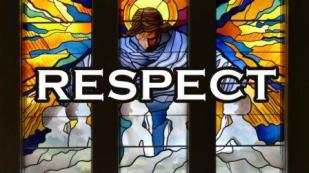 Fearing God in verse (matt 10:28) means, an act of reverence, rather than a fear of burning for-ever-and-ever, like the devil would have you believe!!

Psm 33  (v. 8) Let all the earth fear the Lord; Let all the inhabitants of the world stand in awe of Him.

Prov 1  (v. 7) The fear of the Lord is the beginning of knowledge, But fools despise wisdom and instruction.

So, the Creator God, is the only one who can totally destroy both the body and soul in this hell-fire, because the devil is not in charge of Hell!!

There are more verses about this, on the next and following webpages for your review, but let's cover one more point before continuing with our study of God's Word.

Psm 37  (v. 18) The Lord knows the days of the upright, and their inheritance shall be forever. (v. 20) But the wicked shall perish; And the enemies of the Lord, like the splendor of the meadows, shall vanish.  Into smoke they shall vanish away.

Mal 4  (v. 1) For behold, the day is coming, burning like an oven, and all the proud, yes, all who do wickedly will be stubble.  And the day which is coming shall burn them up, "Says the Lord of hosts," that will leave them neither root nor branch. (v. 2) But to you who fear My Name....you shall go out.... (v. 3) You shall trample the wicked, for they shall be ashes under the soles of your feet, on the day that I do this, "Says the Lord of hosts."

The word "destroyed" means forever dead, put out of existence, permanently; with no hope of a resurrection.

There are more verses on the next webpage, but for now we will direct our study to some of the major verses which many ministers use, that conflict with the character of God.

We will start with, some conflicting verses about Hell-Fire: (Explained!!!)

We should not base our whole theology on just one verse; in light of the weight of evidence that is presented by the many verses which oppose our position.  The most common verse that ministers use to teach the error of everlasting “hell-fire” is in chapter 16 of the book of Luke.

Luke 16  (v. 19) There was a certain rich man who was clothed in purple and fine linen and fared sumptuously every day. (v. 20) But there was a certain beggar named Lazarus, full of sores, who was laid at his gate, (v. 21) desiring to be fed with the crumbs which fell from the rich man’s table. (v. 22) So it was that the beggar died, and was carried by the angels to Abraham’s bosom.  The rich man also died and was buried. (v. 23) And being in torments in Hades, he lifted up his eyes and saw Abraham afar off, and Lazarus in his bosom.

Now this verse appears to state that, the people in heaven get to watch the lost souls who are burning in the hell-fire.  See verse 24 for more details:

(Verse 24) Then he cried and said, “Father Abraham, have mercy on me, and send Lazarus that he may dip the tip of his finger in water and cool my tongue; for I am tormented in this flame.”

First of all, one could hardly believe that a drop of water placed on your tongue, would do you any good, if your whole body is on fire.  That just doesn’t make any sense!!

Job 7  (v. 9) As the cloud disappears and vanishes away, so he who goes down to the grave does not come up. (v. 10) He shall never return to his house, nor shall his place know him anymore.

When do we actually get to see a person in the “bodily form” in heaven?

Phil 3  (v. 20) For our citizenship is in heaven, from which we also eagerly wait for the Savior, the Lord Jesus Christ, (v. 21) who will transform our lowly body that it may be conformed to His glorious body....

And the bible says that this happens at the resurrection, when He takes us to heaven:

I  Thes 4  (v. 14) For if we believe that Jesus died and rose again, even so God will bring with Him those who sleep in Jesus. (v. 16) For the Lord Himself will descend from heaven with a shout....and the dead in Christ will rise first. (v. 17) ....And thus we shall always be with the Lord.

There is no invisible soul floating around, that you can identify with a look.  Everyone stays in the grave until the resurrection.

The people in the graves, have to wait until “Christ calls them forth,” when He takes them to heaven.  The rich man in (Luke 16:24) wanted Lazarus to dip the tip of his finger in water to cool his tongue.  No, that is not scriptural because, the physical body stays in the tomb; and a finger, a tongue, an eye, all should stay in the casket when they are buried.

Luke 16:23-24, appears to say that the rich man was in Hades, being tormented by the flames!!  Was Hell-Fire burning when Jesus was walking on the earth?

Job 21 (v.30) For the wicked are reserved for the day of doom; they shall be brought out on the day of wrath. [nkjv]

In the story, both Lazarus and the rich man received their reward, as soon as they died (Luke 16: 25).  Is that what the bible teaches?

Since He hasn’t come back yet, nobody has their reward yet.  The reward is given after the resurrection!  Men and women are rewarded at Christ’s 2nd coming, not at their death!!

Luke 16  (v. 31) But he said to him, “If they do not hear Moses and the prophets, neither will they be persuaded though one rise from the dead.”

This story is a parable, and Jesus made His point here in verse 31.  What point was He trying to make?

Prov 23  (v. 9) Do not speak in the hearing of a fool, for he will despise the wisdom of your words.

Parables cannot be taken literally.  They are used only to teach a point.  If you say: Everything in the bible is to be taken “literally,” there is no parables; then compare this verse in (Judges 9:8-15).  In this parable, the trees can talk to each other!  ( read for yourself ) below is a portion of the verse.

Some churches teach, that Christ went and preached to the lost souls in Hell, between His crucifixion and His resurrection.

I Pet 3  (v. 18) For Christ also suffered once for sins....that He might bring us to God, being put to death in the flesh but made alive by the Spirit, (v. 19) by whom also He went and preached to the spirits in prison, (v. 20) who formerly were disobedient, when once the longsuffering of God waited in the days of Noah, while the ark was being prepared, in which a few, that is, eight souls, were saved through water.

This is bible terminology used to describe people who are bound in the “prison house” of sin, whose lives are in bondage to satan.

Isa 42  (v. 6) I the Lord, have called you in righteousness, and will hold your hand; I will keep you and give you.... As a light to the Gentiles, (v. 7) To open blind eyes, to bring out prisoners from the prison, those who sit in darkness from the prison house.

Is the Lord talking about getting people out of jail?  Was David in jail when he wrote the verse:

The title says: “David’s prayer when he was in a cave.”  He was living in sin, and he needed the Lord to free him.

The verse “I Pet 3:18-20” is telling us that Christ was present through the Holy Spirit while Noah preached.  Christ did not leave his body to goto any subterranean place to minister to wicked spirits.

The three questions are clearly answered in the text: (1) that Christ preached by the Holy Spirit.  (2) He did it while the ark was being prepared.  (3) He did it to those individuals whose sinful lives were bound up in the prison house of sin.

Back to: Other Topics
Truth about Hell-Fire (part 2)