Historical accounts of the Resurrection

Simon Greenleaf, famous Harvard professor of law, says: “All that Christianity asks of men....is, that they would be consistent with themselves; that they would treat its evidences as they treat the evidence of other things; and that they would try and judge its actors and witnesses, as they deal with their fellow men, when testifying to human affairs and actions, in human tribunals.  Let the witnesses be compared with themselves, with each other, and with surrounding facts and circumstances; and let their testimony be sifted, as if it were given in a court of justice, on the side of the adverse party, the witness being subjected to rigorous cross-examination.  The result, it is confidently believed, will be an undoubting conviction of their integrity, ability, and truth.” [1]

After more than 700 hours of studying this subject, and thoroughly investigating its foundation, I have come to the conclusion that the resurrection of Jesus Christ is one of the "most wicked....hoaxes ever foisted....or it is the most fantastic fact of history."[2]

It was this same Jesus, the Christ who, among many other remarkable things, said and repeated something which,   proceeding from any other being would have condemned him at once as either a bloated egotist or a dangerously   unbalanced person. That Jesus said He was going up to Jerusalem to die is not so remarkable, though all the details 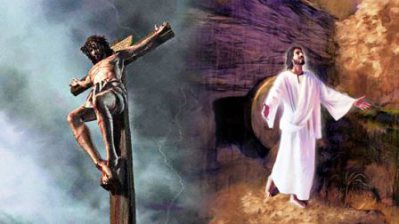 He gave about that death, weeks and months before He died, are together a prophetic phenomenon.  But when He said that He himself would rise again from the dead, the third day after He was crucified, He said something that only a fool would dare say, if he expected longer the devotion of any disciples, unless—He was sure He was going to rise.  No founder of any world religion known to men ever dared say a thing like that![3]

Jesus Predicts His Death and Resurrection:

Matt 16  (v. 21) From that time Jesus began to show to His disciples that He must go to Jerusalem, and suffer many things from the elders and chief priests and scribes, and be killed, and be raised the third day.

R. M'Cheyne Edgar, in his work, The Gospel of a Risen Saviour, has said: "Here is a teacher of religion and He calmly professes to stake His entire claims upon His ability, after having been done to death, to rise again from the grave.  We may safely assume that there never was, before or since, such a proposal made.  To talk of this extraordinary test being invented by mystic students of the prophecies, and inserted in the way it has been into the gospel narratives, is to lay too great a burden on our credulity.  He who was ready to stake everything on His ability to come back from the tomb stands before us as the most original of all teachers, one who shines in His own self-evidencing life!"[4]

Credulity—willingness to believe or trust too readily, especially without proper or adequate evidence; gullibility.

Matt 17  (v. 22) Now while they were staying in Galilee, Jesus said to them, “The Son of Man is about to be betrayed into the hands of men, (v. 23) and they will kill Him, and the third day He will be raised up.” And they were exceedingly sorrowful. 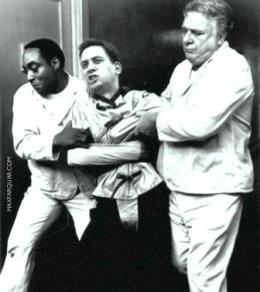 If you or I should say to any group of friends that we expected to die, either by violence or naturally, at a certain time, but that, three days after death, we would rise again, we would be quietly taken away by friends, and confined to an institution....This would be right, for only a foolish man would go around talking about rising from the dead on the third day, only a foolish man, unless he knew that this was going to take place, and no one in the world has ever known that about himself except One Christ, the Son of God.[5]

Jesus a Third Time Predicts His Death and Resurrection:

Matt 20  (v. 17) Now Jesus, going up to Jerusalem, took the twelve disciples aside on the road and said to them, (v. 18) “Behold, we are going up to Jerusalem, and the Son of Man will be betrayed to the chief priests and to the scribes; and they will condemn Him to death, (v. 19) and deliver Him to the Gentiles to mock and to scourge and to crucify.  And the third day He will rise again.”

"Christ Himself," as B.B. Warfield puts it, "deliberately staked His whole claim to the credit of men upon His resurrection.  When asked for a sign He pointed to this sign as His single and sufficient credential."[4]

(v. 19) Jesus answered and said to them, “Destroy this temple, and in three days I will raise it up.” (v. 20) Then the Jews said, “It has taken forty-six years to build this temple, and will You raise it up in three days?” (v.21) But He was speaking of the temple of His body. (v. 22) Therefore, when He had risen from the dead, His disciples remembered that He had said this to them; and they believed the Scripture and the word which Jesus had said.

Taking the Gospel record as faithful history there can be no doubt that Christ Himself anticipated His death and resurrection, and plainly declared it to His disciples....The gospel writers are quite frank to admit that such predictions really did not penetrate their minds till the resurrection was a fact (John 20:9).  But the evidence is there from the mouth of our Lord that He would come back from the dead after three days.  He told them that He would be put to death violently, through the cause of hatred, and would rise the third day.  All this came to pass.[6] 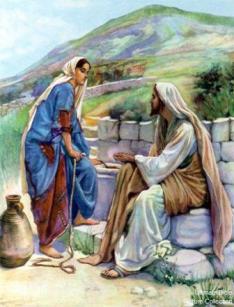 Luke 9  (v. 22) ....“The Son of Man must suffer many things, and be rejected by the elders and chief priests and scribes, and be killed, and be raised the third day.”

If our Lord said frequently, with great definiteness and detail, that after He went up to Jerusalem He would be put to death, but on the third day He would rise again from the grave, and this prediction came to pass, then it has always seemed to me that everything else that our Lord ever said must also be true.[7]

Listen to one man's testimony as he came to grips with his life, while he discovered who Jesus really was:  "By the time I finished the four Gospels, I knew I had to decide what to do about Jesus.  I knew He really lived, but who was He?  I could see three options.  Either He was crazy, He was a liar, or He was who He claimed to be....I wanted with all my heart to know the truth.  It didn't occur to me that I could pray for guidance, but I'm sure God understood the longing of my heart and helped me to think it through."[8]

"Could He have been crazy?"  I asked myself.  I thought of the many times He had silenced His enemies by just a few words.  I thought of the power of His words, like the Sermon on the Mount, and how He read the thoughts and intentions of people's hearts.  No, I decided, He was not crazy.  He was brilliant.  "Was He a liar and a deceiver?"  I thought of His life of unselfish ministry, how He went about healing the sick, raising the dead, and casting out demons.  He devoted His entire life to promoting truth and exposing hypocrisy.  Had He been a liar, He could easily have lied at His trial and escaped death.  I was a terrific liar, and they say it takes one to know one.  No, He was not a liar.[8]

That left only one conclusion.  Jesus had to be who He claimed to be....As this realization dawned upon me, I fell to my knees right there on the floor of my cave.  "Lord Jesus!"  I cried aloud.  "I believe that You are the Son of God and my Saviour.  I believe that You paid for my sins.  I want You to come into my life and show me how to follow You."[8]

This man testified: Come into my life and show me how to follow you!!

If the stars were made to worship, so will I....

If creation sings your praises, so will I....

For if everything exists to lift you high, so will I....

If creation still obeys you, so will I....

If you gladly chose surrender, so will I....

On the next webpage we will now consider the historical testimonies of the first-hand eye witnesses.

Back To: Evidence for Christ
First-hand Eye Witness Testimonies

1. Simon Greenleaf, (1965). Testimony of the Evangelists: Examined by the Rules of Evidence Administered in Courts of Justice, p.46.

Image #2: The Preachers Word, (2013). The cross of Christ and the resurrection of Jesus. Retrieved from https://thepreachersword.com/category/cross/