Our adversary has stated that man does not need their creator in order to have continued life and happiness.

He called into question the validity of God’s laws and cast doubt on God’s very right to rule the universe.[1] 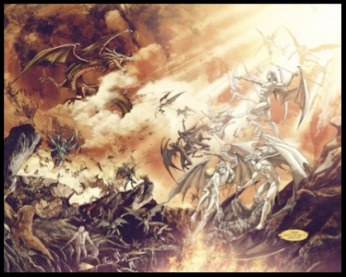 What finally happened then?

Did God make a mistake?  Was there a glitch in His angel-making factory so that when Lucifer came off the assembly line, he was destined for breakdown?  Not at all!  God is perfect, and God is love.  I suppose that if He had wanted to, the Lord could have made all of His creatures mere robots.  But robots cannot love.  Indeed, true love must be freely and willingly given.[2]

So, God took a risk when He bestowed this ability to receive and give love freely.  His subjects might end up rejecting His love and rebelling against Him.  But God gave the ability anyway.  He did so for the same reason that most couples decide to have children even though they know that doing so is a risky business.  They bring children into the world despite realizing that they will choose to resist their love.  They do so because, like God, they want to share their love.[2]

Rev 12  (v. 9) So the great dragon was cast out, that serpent of old, called the Devil and Satan, who deceives the whole world; he was cast to the earth, and his angels were cast out with him.

Why did this happen? 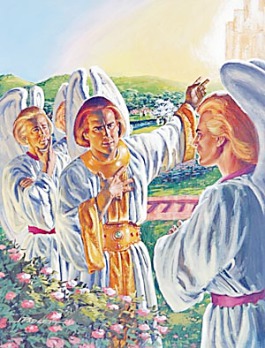 LISTEN TO HIS PLAN IN “THE GREAT CONTROVERSY” EXPLAINED:

Satan....had sought to falsify the word of God and had misrepresented His plan of government before the angels, claiming that God was not just in laying laws and rules upon the inhabitants of heaven; that in requiring submission and obedience from His creatures, He was seeking merely the exaltation of Himself.[4]

Nothing could be further from the truth....Satan is a self-proclaimed enemy of God whose aim is to defame His character and capture His kingdom.  He also despises you and your loved ones, and he has plans to destroy you because he knows how much God treasures you.[5]

God’s government included not only the inhabitants of heaven, but of all the worlds that he created;  and satan thought that if he could carry the angels of heaven with him in rebellion, he could also carry the other worlds.[6]

The following link is to prove through Bible scripture that there is life on other worlds in the universe.  It would seem very improbable that God would only create one world in this vast universe to hold conscious intelligent life.

The earth itself, the very field that satan claims as his, is to be not only ransomed but exalted.  Our little world, under the curse of sin the one dark blot in His glorious creation, will be honored above all other worlds in the universe of God.[8] 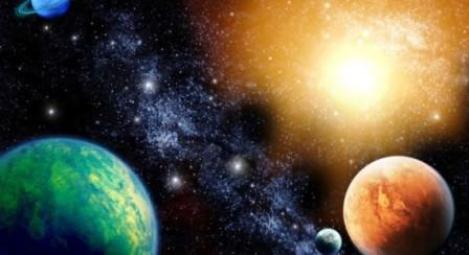 Image #3
Is there other worlds besides this planet earth?

Heb 1  (v. 2)....spoken to us by His Son, whom He has appointed heir of all things, through whom also He made the worlds;

So, there are other worlds involved in this Great Controversy!!

To view the additional bible texts and commentary quotes, click on the button below:

A view of other unseen Worlds

It wasn’t long before Lucifer began to spread the spirit of discontent among the other angels.  Insidiously, he undermined God’s love and justice; he cleverly raised doubts about how God was running the universe.  Obviously, God could have eliminated Lucifer and the angels who chose to join his rebellion, in one blinding flash; but had God done that, all of His creatures would have served Him out of fear.  A God of love could make no such choice; not a God who longed for His created beings to love Him freely.[9]

Heaven, of all places, became the battleground of the first war, and satan and his angels were thrown out of heaven.  But the conflict between Christ and satan was not over―it just changed theaters!  The battle that began in heaven moved to Planet Earth.  Earth became the stage upon which the great controversy between good and evil would be dramatized, where satan would demonstrate his kind of government with all of its sad, miserable consequences.[9]

Why did God not destroy these lawbreakers at the very beginning?   If [God] is all-powerful, why didn’t He just vaporize the wayward angel when he began his revolt?[2]   The answer lies in the fact that profound issues had been raised before all intelligent creation.[1]

1. Would independence from God’s sovereignty ever bring lasting benefits?

God allowed Lucifer to carry out his rebellion [because]....it helped to settle any potential questions about the freedom of choice God gave His intelligent creatures.  Now, no one can say that God forces sentient beings to do anything against their will. They are free to choose their own paths.[2]

2. Would God’s direction of people be better for them, or would man’s own direction be better?[1]

....it would pain a loving God to know that His children obeyed Him only out of a horrifying fear of being exterminated.  Like any good parent, He wants His sons and daughters to obey Him because of willing love and good reason rather than from coercion and fear.[10]

3. Could humans successfully govern this world independent of their Creator?[1]

God’s immediate destruction of Lucifer might have given the other angels serious doubts about His love and government; particularly, those who might have wondered if satan was actually on to something.  God, in wisdom and in love, is allowing the devil to make his point, thereby letting the whole universe see, the terrible results.[10]

These questions required answers that only the passing of time could supply, to settle thoroughly the issues that had been raised.[1]

The inhabitants of heaven and of the other worlds, being unprepared to comprehend the nature or consequences of sin, could not then have seen the justice and mercy of God in the destruction of satan.  Had he been immediately blotted from existence, they would have served God from fear rather than from love.[11] 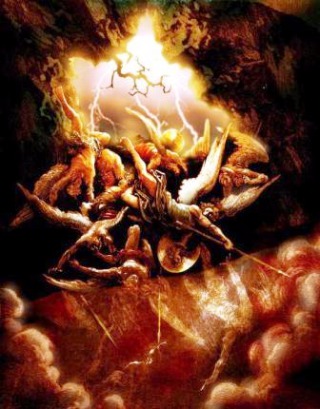 Jude 1  (v. 6) And the angels who did not keep their proper domain, but left their own abode, He has reserved in everlasting chains under darkness for the judgment of the great day;

The evil angels were not destroyed, but reserved for the judgment!!

Evil must be permitted to come to maturity.  For the good of the entire universe through ceaseless ages, satan must more fully develop his principles, that his charges against the divine government might be seen in their true light by all created beings....[12]

Why does God allow us to Suffer?

Why does it take so long?

Image #1: Blogspot.com (2011). War between heaven and hell. Retrieved from http://www.thepinsta.com/july-2011-omnicomic_Y*FUbHufmvTBYKqCRqRsfSf7KUMXz*UrUlV3TlXYFpM/JU|RIfmCeJr6h3L*IoSGu52jMi4jJjg6FrKVMAFs9XLe7er|Ih2kk*TW9u7R|b6IFO49oTgBHkT8HnmAbm4kIH3C*jY0T6SNtbo1LhtOXBbqAnRcCwC1qRnF|QEp7kvvHLEvFymMIaQ7jCU*nN59UDmvJ*acTdXkY38TxcZLJTE/

Image #3: Bybel Skool, (2016). Planets from another world in outer space. Retrieved from https://bybelskool.com/genesis-14-abram-seen-en-straf-nasies-op-die-wereldverhoog/