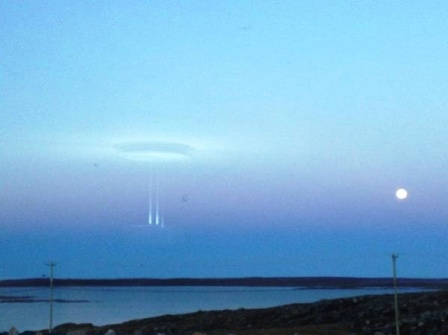 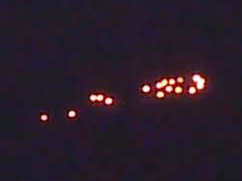 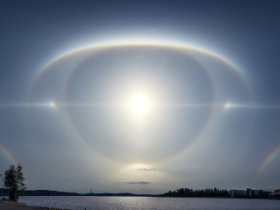 The mysteries of parapsychology, life after death, astrology, UFOs, and the occult are "in" these days, while traditional christianity is considered "out," old fashioned or even downright fraudulent.[1]

One reporter said nearly every person he met at UFO conferences claimed that they "used to" belong to a christian church.  Generally, they left and began seeking other answers when a christian parent or leader could not, or would not, take their experiences and inquiry seriously enough to respond with sound biblical answers.[1]

You will be given strong biblical answers on this site as to what is really going on!!

A look at the apparent evidence

The modern phenomena of UFOs and "flying saucers" began on 24 June 1947, when a pilot named Kenneth Arnold spotted nine mysterious, high-speed objects flying along the crest of the Cascade Range near Mount Rainier.[2] 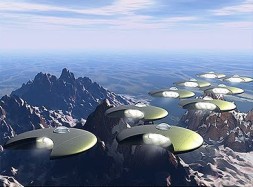 As he was flying his CallAir plane, he described the objects as flat and rather heel-shaped, very shiny, and they moved erratically, like a "saucer would if you skipped it across water." Arnold estimated their size at about two-thirds that of a DC-4, and he calculated their speed at over 1500 mph by timing their travel between two mountain peaks of known distance.[2]

This event is widely regarded as the beginnings of modern "UFOlogy"!!! 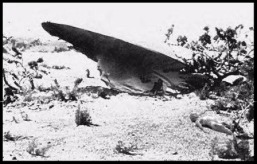 Then there was the Roswell incident on 4 July 1947 where a "flying saucer" had crash-landed in the desert of New Mexico.  A rancher named Mac Brazel found some debris in his field that looked like something not from this earth.  Other eye-witnesses said they saw the bodies of dead aliens at the site.  Later the report stated that the wreckage was not a UFO but came from a weather balloon with some scientific equipment on board.[3]

Another report revealed, the Betty and Barney Hill case of 19 Sep 1961 as undoubtedly the most famous of all UFO experiences because it was the first widely-reported "UFO abduction report" in the United States.  It was also the first time that anyone in this country had reported undergoing invasive physical examinations at the hands of short, "grey" aliens.[4] 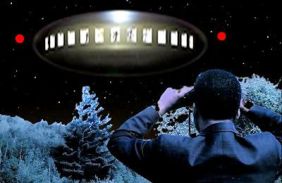 Late at night, the Hills were driving through the White Mountains of New Hampshire, when they spotted an object in the sky with lights, which at first seemed like an airplane.[4]

The Hills examined the light through binoculars, and saw a structured object with flashing lights.  Barney walked across a field for a closer look, and saw "beings" looking back at him.  Frightened, he and Betty drove home, arriving two hours later than expected.[5]

They could not account for the missing time (a common phenomenon among abductees) until they underwent regression hypnosis.  The couple described being stopped by the UFO and taken aboard the saucer for medical examination.[5]  Betty was shown a star map which identified Zeta Reticuli as the aliens home planet.

In more modern times, on 30 Mar 1990, two F-16s were sent to investigate a sighting over Belgium airspace.  The pilots, despite "locking on" could not see anything in the sky when they reached the target location. The luminous objects were said to travel in "jerky movements" before stabilizing.[6] 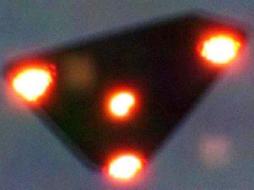 According to an air force ground controller, the "echo" on the radar vanished when the planes arrived but returned when the F-16s left.  Eye witnesses at Petit-Rosiere stated that the bright spots they were observing lost their intensity as the F-16s approached or were even extinguished completely.[6]

According to the report, the strange object out-accelerated the F-16s and at one point dropped 1300 mph in one second.  The unidentified object appeared to be intelligently controlled as it took evasive action, and Colonel (now General) W. DeBrouwer, the Belgian air force chief of operations, later commented that "there was a logic in the movements of the UFO".[7]

Back to: Other Topics
A closer look at the evidence

Image #1: Encyclopedia of Safety, (2011). Artic UFO, from the Diavik Diamond Mine. Retrieved from http://survincity.com/2011/06/the-sky-opened-arctic-portal-photo/

Image #3: Strange Sounds, (2015). Sun halo in the sky of Finland. Retrieved from http://strangesounds.org/strange-sky-phenomena

Image #5: The Paranormal Guide, (1947). The Roswell Incident. Retrieved from http://www.theparanormalguide.com/blog/roswell-incident