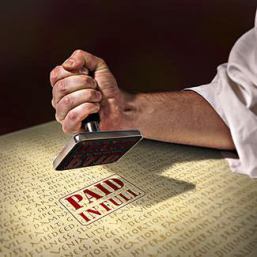 Through what means does God justify sinners?

Rom 3  (v. 24) being justified freely by His grace through the redemption that is in Christ Jesus....

The Law points to Christ.  The Law has no power to pardon the transgressor, but it points him to Christ Jesus, who says to him, I will take your sin and bear it Myself, if you will accept Me as your substitute.…Return to your allegiance, and I will impute to you My righteousness.[2]

The law demands death in order for sins to be forgiven.  When Christ died on the cross, He paid the price for the sins of the world.[1]

While our salvation comes to us freely by faith and not by anything that we do, Jesus paid an immense price for it.  The gift that is free to us cost God a great deal.[3]

Do we really love Jesus for what He has done for us, at such a great cost?

God never meant His law to be a burden on man or for it to restrict his happiness.  On the contrary, God intended His commandments to be a wall of protection, shielding us from sorrow and guilt, insuring freedom and safety, giving us restful nights and peaceful days.[4]

Was the Law done away with?

Some christians say that the Law was nailed to the cross and done away with when Christ died for our sins.  They use the following verse:

Col 2  (v. 13) And you, being dead in your sins....hath He quickened together with Him, having forgiven you all trespasses, (v. 14) Blotting out the handwriting of ordinances that was against us, which was contrary to us, and took it out of the way, nailing it to His cross.   [ KJV ]

So, He blotted out the handwriting of ordinances that was against us, nailing it to His cross!!

They use another bible verse to further describe what these ordinances are: 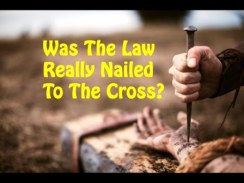 (Verse 16) and that He might reconcile them both to God in one body through the cross, thereby putting to death the enmity.

So now, He put to death, the Law of commandments which were contained in the ordinances.  And He also abolished in His flesh the enmity.

Let us compare two more verses with these, in order to get a complete picture of this topic.  And notice how many sets of Laws there were? 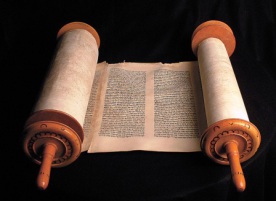 (Verse 26) Take this Book of the Law, and put it beside the Ark of the Covenant....that it may be there as a witness against you.

So here was the Law being placed beside the Ark of the Covenant, as a witness against God's people.

And now let's read the second verse and compare: 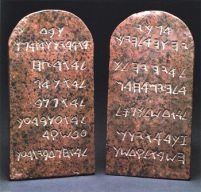 Apparently, the ark had compartments on the outside of it as well!!

So, which Law was nailed to the cross?   Col 2:14—the handwriting of ordinances which were against us.

Which Law was against us?   Deut 31:26—the Book of the Law was a witness against you.

The Law of Moses was the handwriting of ordinances which was against us.  It was the Law that was nailed to the cross.

The ceremonial law was glorious; it was the provision made by Jesus Christ in counsel with His Father, to aid in the salvation of the race….After Christ died on the cross as a sin offering the ceremonial law could have no force.[5]

So, there were two Laws in the bible!!   One lasts forever and the other one was done away with, on the cross.

God’s people, whom He calls His peculiar treasure, were privileged with a two-fold system of law; the moral and the ceremonial....From the creation, the moral law was an essential part of God’s divine plan, and was as unchangeable as Himself.[6]

The ceremonial law was to answer a particular purpose in Christ’s plan for the salvation of the race.  The typical system of sacrifices and offerings was established that through these services the sinner might discern the great offering, Christ.[6]

What is the Law to be used for? 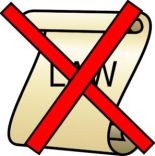 Another important function of the Law is to reveal sin to us.  Through an understanding of God’s standard, we have a clear sense of right and wrong.…Like a mirror, God’s Law reveals exactly who we are.…The Law points out sin.  But the Law can no more remove the sin than a mirror can wash one’s face.…The Law cannot remove the guilt of sins past.  The Law cannot provide power to overcome sin’s temptations in the future.[7] 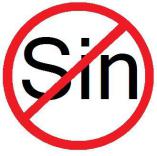 I Jn 1  (v. 9) If we confess our sins, He is faithful and just to forgive us our sins and to cleanse us from all unrighteousness.

So, what is there to confess, if we have no sin and no transgression?

Nothing to confess....If there is no Law....But the bible says:

So, the Law must really do exist, and was never done away with!!

Destroying the Law, or ignoring it, will not change our condition.  The imperfections will remain.  Anyone who listens to the Word but does not do what it says is like a man who looks at his face in a mirror and, after looking at himself, goes away and immediately forgets what he looks like.[7]

The Apostle Paul makes two statements clarifying the relationship between sin and the Law: 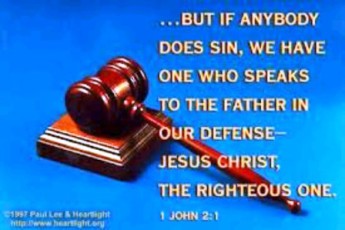 Listen to what one of the reformers stated in his book:

....the sinner could never initiate a saving relationship with God....

Sinners were so steeped in sin that they could not approach Him....The only way out of this sinful condition was through the grace of God. Thus Waggoner, during this period, still saw the Decalogue very much as an instrument of the conviction of sin and that such conviction would lead the sinner to Christ.[8]

So then, what was the Law to be used for?

God gave the Law to convict you of sin, so that you need to goto Jesus for forgiveness.

I Jn 2  (v. 1) My little children, these things I write to you, that you may not sin.  And if anyone sins, we have an Advocate with the Father, Jesus Christ the righteous.

The sinner needs help that the Law cannot provide.  Its function is to point out the right way to live; it points out where we fail.  But [the] Law can never be our Saviour.  But.…the goodness of God provides us all with hope; the hope of forgiveness and power to live changed lives.  We call that goodness “grace.”  Grace is the gift of God….[9]

Gal 5  (v. 1) Stand fast therefore in the liberty by which Christ has made us free, and do not be entangled again with a yoke of bondage.

I Pet 2  (v. 15) For this is the will of God, that by doing good you may put to silence the ignorance of foolish men-- (v. 16) as free, yet not using your liberty as a cloak for vice, but as servants of God. 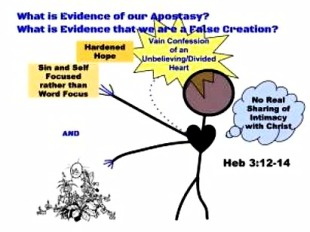 Many professed christians are crippled in their service because their unforsaken sins sap the vitality from their faith.[10]  We won’t be able to break any of the chains that bind us if we don’t have faith.[11]

And what we will soon see, is that un-confessed sin in our lives, gives the devil a legal right to be involved in our lives; minimizing our usefulness to God's kingdom.[12]

Yes, contrary to what people may believe, open habitual sinning is like food that attracts demons to confuse your mind and influence your life.

Satan may not understand why Jesus loves us as He does, but he knows the depths of His love.  And he recognizes that he can best grieve the Lord by hurting those He loves.  He will do whatever it takes, even demon-possession, to make sure we never see Jesus’ love for us.[13]

Next, we will look at the hidden secret motivations of our heart, which influence our actions.

Motivation behind the Act

Image #2: Naildat.us, (n.d.). Was the law really nailed to the cross? Retrieved from https://i.ytimg.com/vi/qiqazFqtf0A/hqdefault.jpg

Image #7: Paul Lee & Heartlight, (1997). But if anybody does sin. Retrieved from https://www.heartlight.org/gallery/audio_defend.html

Image #8: Mud Preacher, (2013). Evidence of apostasy and an unbelieving heart. Retrieved from https://mudpreacher.org/tag/epistle-to-the-hebrews/